The Best Esports Games To Bet On Betting allows you to earn money through gambling. You put stakes on specific odds to see if the entity you’re betting on wins. If your pick wins, then you receive winnings based on certain factors like particular probabilities. Now, betting is possible for online esports games. Here are five of the best esports games to check out for your next online gambling venture: Counter-Strike went from a Local Area Network (LAN) game to an online game with a large player base. The game divides two teams into two different factions: terrorists and counter-terrorists. Thus, the objective of each match is quite simple, and that is to wipe out the enemy team. However, specific maps may have additional winning objectives like successfully blowing up or defusing bombs.

As for the gambling side of CS: GO, interested gamblers would bet on teams who might win each match. Different teams have various players with unique playing stats. Thus, it might be wise to always bet on the winning team. However, many people might have the same idea. So, even if your team wins, the money earned won’t be as significant as you initially intended.

Instead, consider betting on the underdog during individual matches. For example, one team might not have a lot of winnings under its achievements, but the players may do well when playing on the Dust map.

CS: GO is one of the best esports games for gambling because of the significant community. Matches are in abundance, so you won’t have to wait too long to bet on the team matches you want. You can also check on the odds of winning from your favorite teams at Vulkan Bet.

DotA began as a custom game for the popular Real-Time Strategy (RTS) title from Blizzard Entertainment called Warcraft III. Here, players have to choose between two factions, which are the Scourge and Sentinel teams. Again, this video game is a team-based battle arena. Hence, a team wins when they can destroy the core of their enemy’s camp.

Before its online debut, DotA may not have enough fame regarding online video game gambling. Now, it garnered enough popularity that many Multiplayer Online Battle Arena (MOBA) events around the globe have this title in its roster.

Like CS: GO, you can bet on your favorite team in DotA 2. Check each player’s stats to see how that person does with a specific character. Also, this title has a large community and player-base, so you may not worry about multiple downtimes in its betting scene. Like DotA 2, Riot Games’ LoL is another MOBA title. However, it sets itself apart by having different game mechanics from Blizzard’s similar video game. Still, the main objective for each game is the same. Ergo, teams still need to wipe out the primary establishment at the enemy’s camp.

Aside from having different characters (called champions), LoL’s Summoner’s Rift is different from DotA 2’s standard map. Also, Riot’s MOBA incorporates the use of Summoner Spells to help your chosen champion in times of need.

LoL may have entered the MOBA scene at a later date than DotA 2, but its community of loyal players makes it a game worthy of gambling entertainment. In this game, you can bet on your favorite teams, much like DotA 2 and CS: GO. You may even consider betting during the League of Legends World Championship or Worlds for short.

During this tournament, join hundreds of other people vying for their favorite teams to win the coveted trophy. UBG is a battle royale title wherein players compete to be the last person standing in the map. The Player vs. Player (PVP) game makes players jump out of a digital plane before landing on an enormous battlefield.

Next, it’s the player’s job to strategize on how to become the last person remaining in the map. Due to the vast area, several hiding places exist. Thus, you may never know if another individual is already lurking in a corner waiting to strike.

The concept of betting in PUBG is to predict which player in the map will survive the onslaught. Perhaps a challenging aspect of this battle royale title is you don’t know what the player is about to do. In this game, temporary alliances are possible. For example, a team might try to take out as many players as they can before concentrating fire on each other.

Still, the challenges brought by PUBG may make it a haven for betters. The thrill of betting on the unknown may help bring forth an exciting rush of feelings that can make victories more pleasant than a chicken dinner. 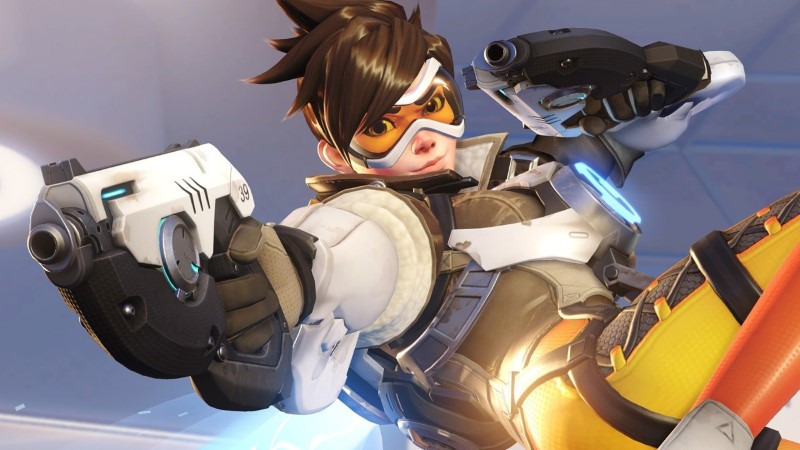 Another game from Blizzard Entertainment which is also great for esports gamblers is Overwatch. Unlike CS: GO, Overwatch has different game modes to give betters the flexibility of choosing which player, team, or mode for betting. These game modes are:

Also, players may create custom games like matches that only use one character. For Overwatch betters, your objective is to pick the winner who’ll rise on top. These winners may be entire teams or a single person, and it depends on the game mode.

It may seem that the rise of esports games is only beginning. Many titles are now entering the esports arena. These video games include Rocket League, Hearthstone, Tekken 7, Call of Duty, and many others. As a rule of thumb, only bet on games that are familiar to you. For example, if you like fighting esports titles, you should familiarize yourself with terms like +1 on block or whiff punish. Once you know the ins-and-outs of a particular video game title, you may increase your chances in winning bets.