These costumes were made for the original live-action Teenage Mutant Ninja Turtles movies were awesome for the late 80s early 90s. But, those outfits did not stand the test of time well and they are depleting now.

Check out the photos below, the original screen-used costume for Leonardo in Teenage Mutant Ninja Turtles III is decaying into something quite horrifying. It’s in very rough shape, but it’s up for auction by the London-based Prop Store.

Here’s the description that was shared:

This costume includes a green turtle bodysuit consisting of foam latex cast elements over a spandex base, with dense-foam chest and shell elements, leather knee and elbow pads, and a leather sheath setup for Leonardo’s swords. The head included is a stunt version, also utilizing a foam latex skin over a spandex base, with cast resin teeth, high-quality eyes, a fabric bandana, internal helmet liner shell for the performer, and a zipper at the back to allow the piece to be closed. Both the body and head of the costume show substantial breakdown to the foam latex elements and require restoration. The body is currently filled with some stuffing and rests on an oversize clothing hangar — additional work is needed to make the piece stand. Dimensions (Head attached): 185.5 cm x 81.25 cm x 38 cm (73″ x 32″ x 15″) 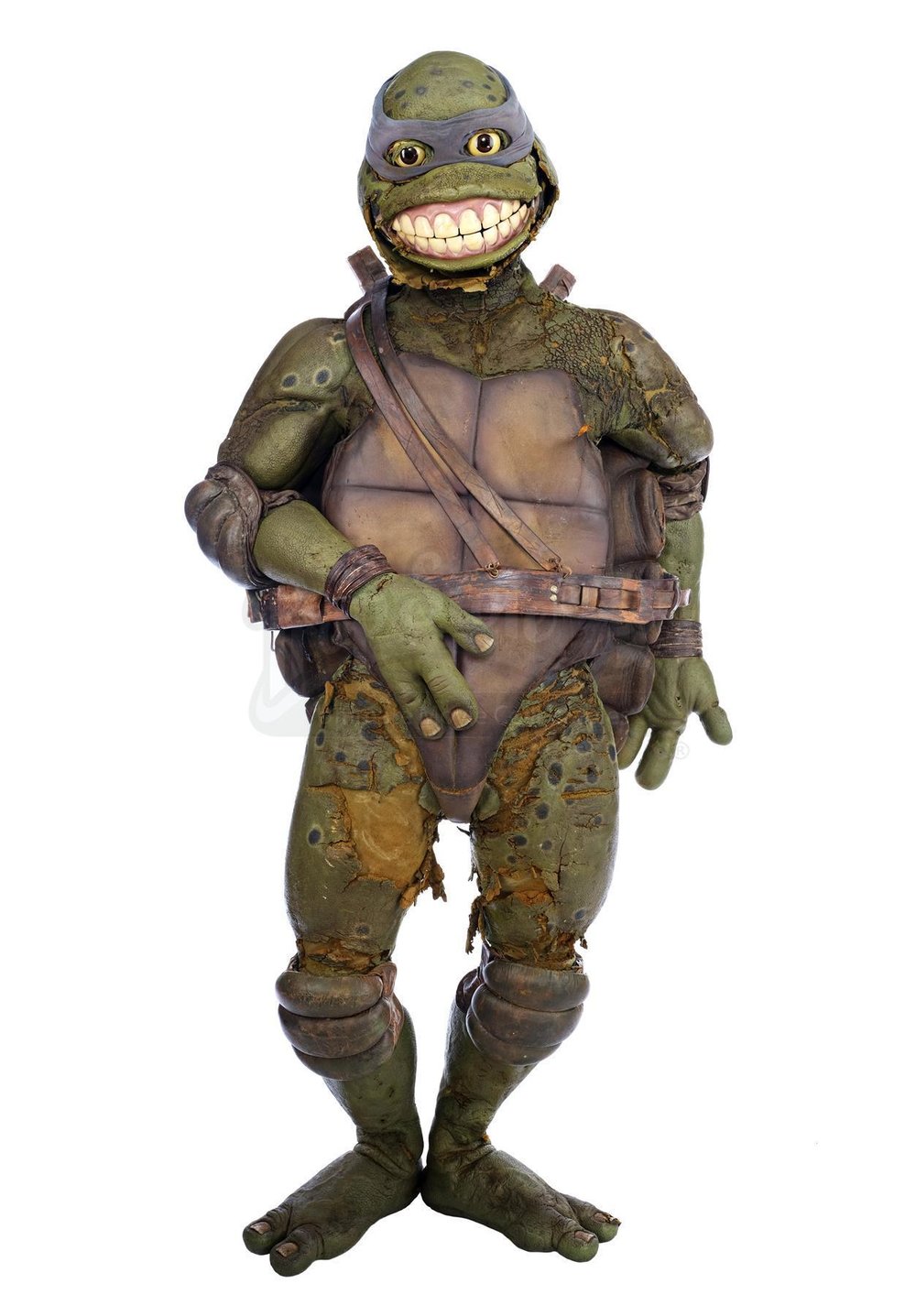 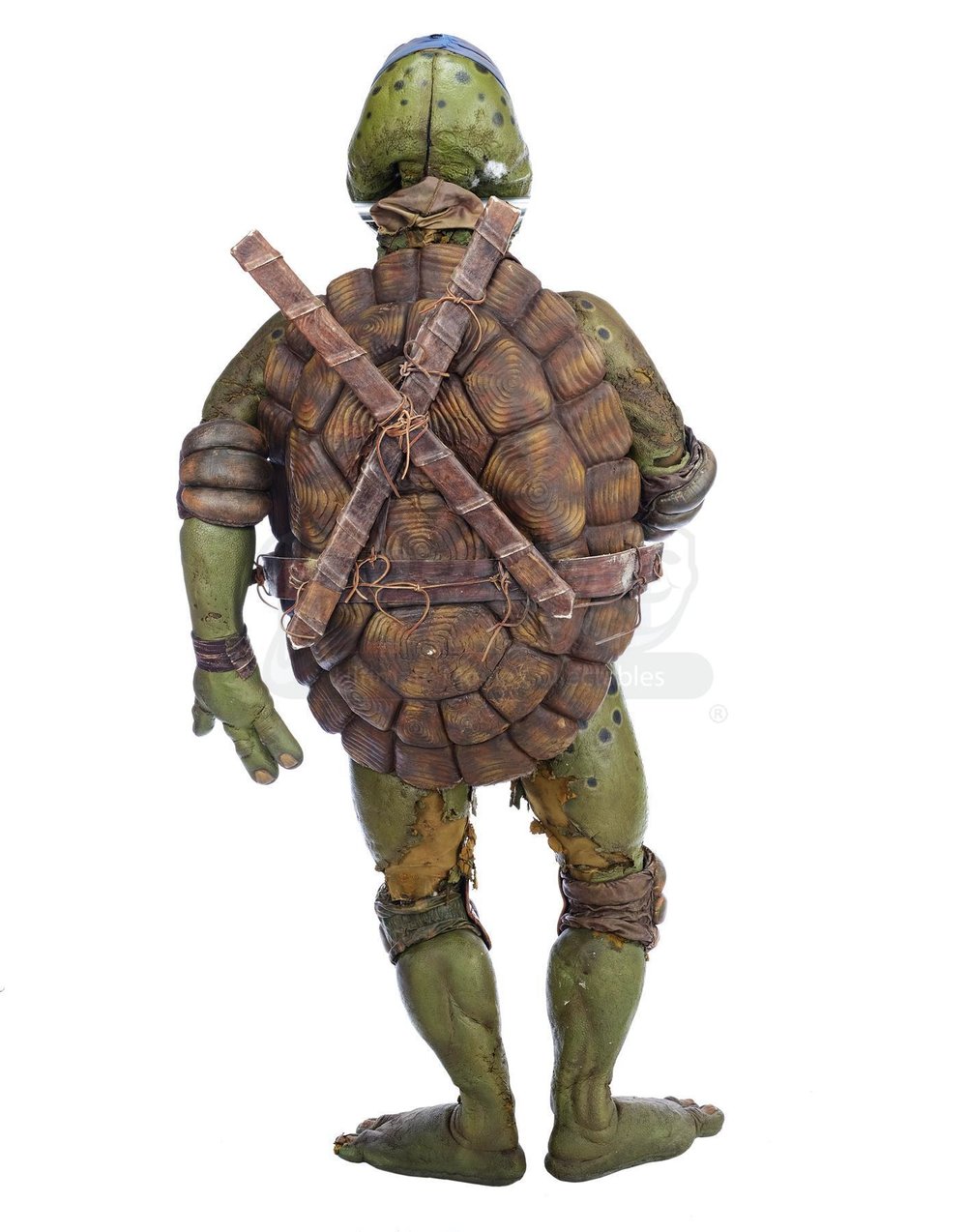 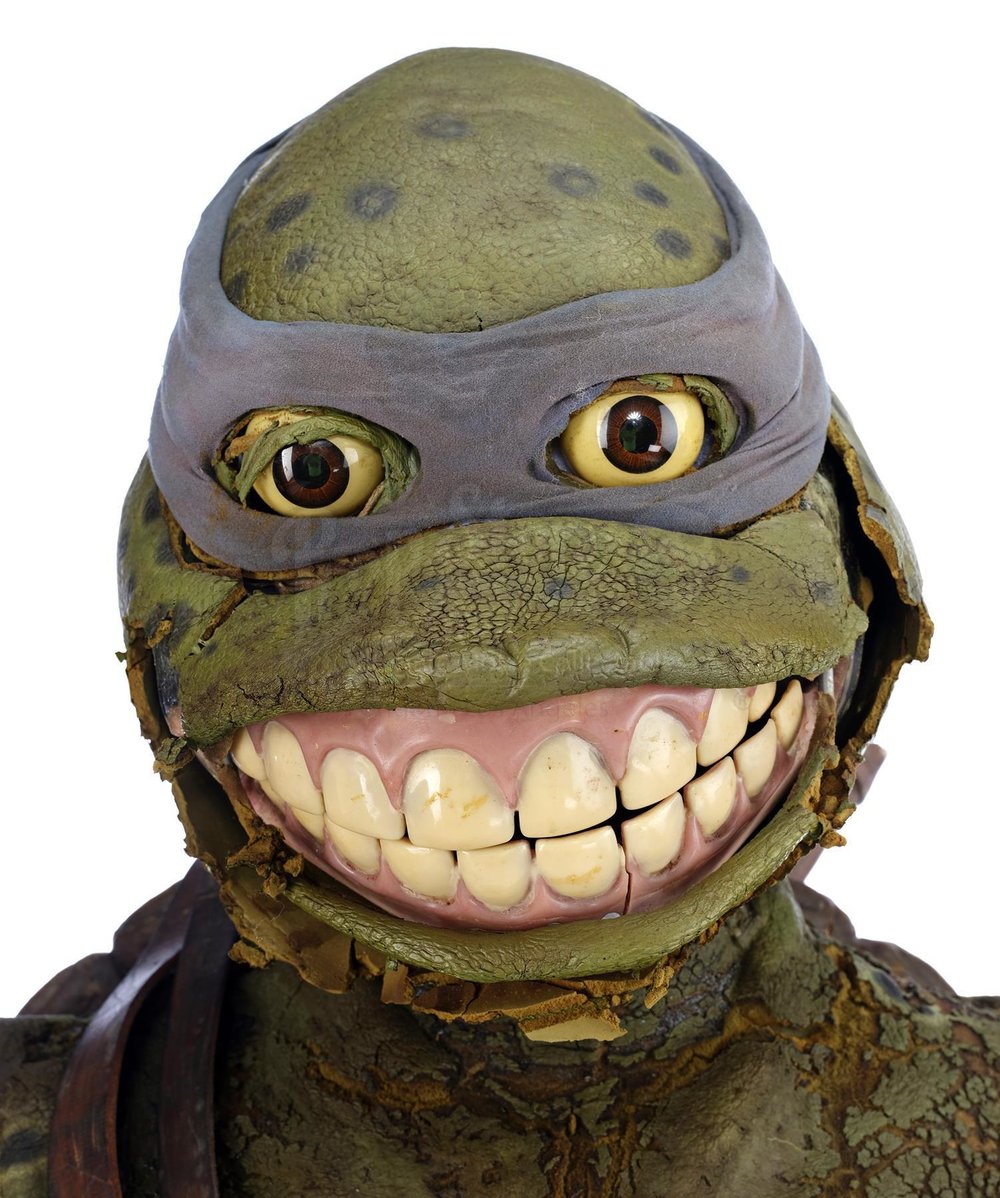 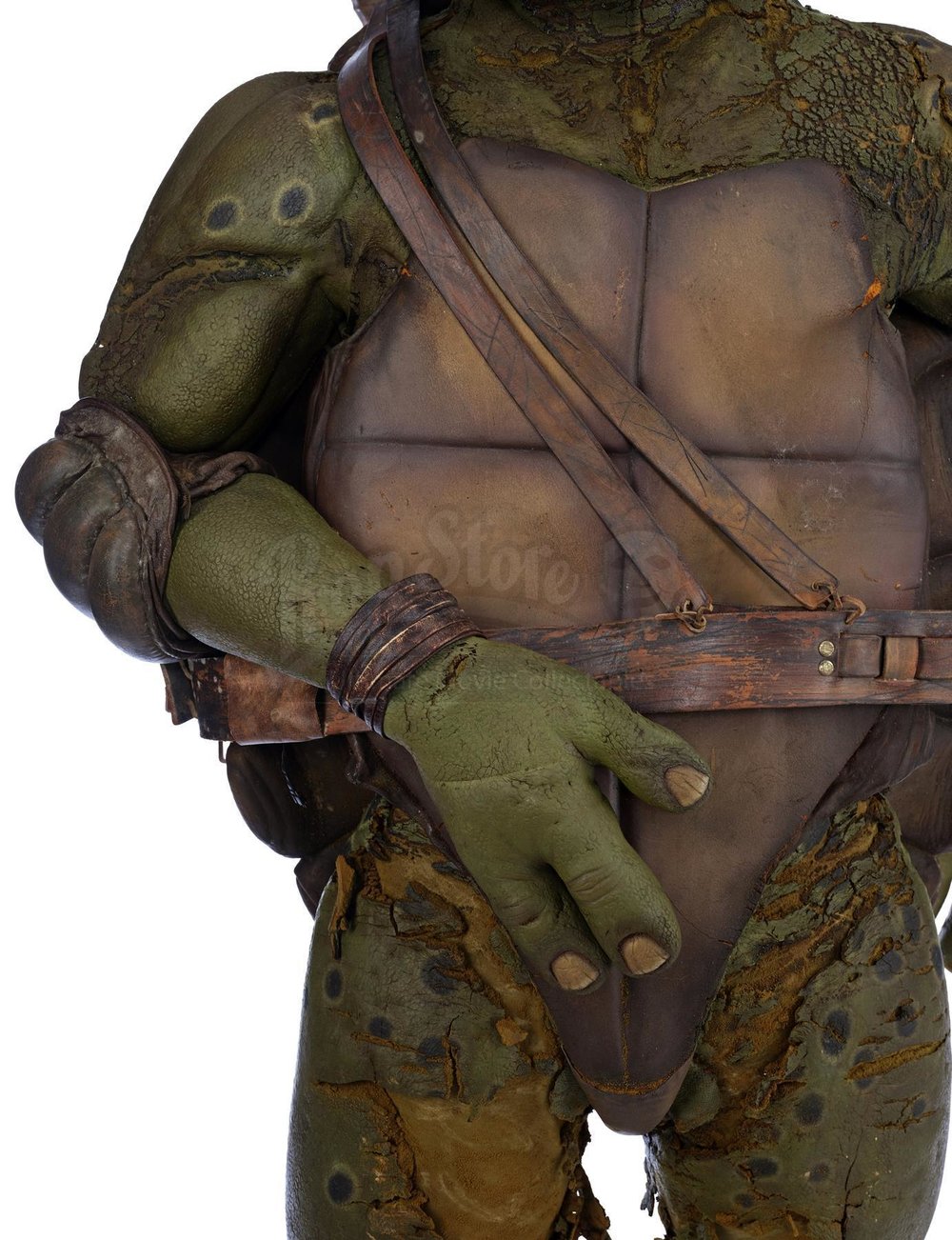 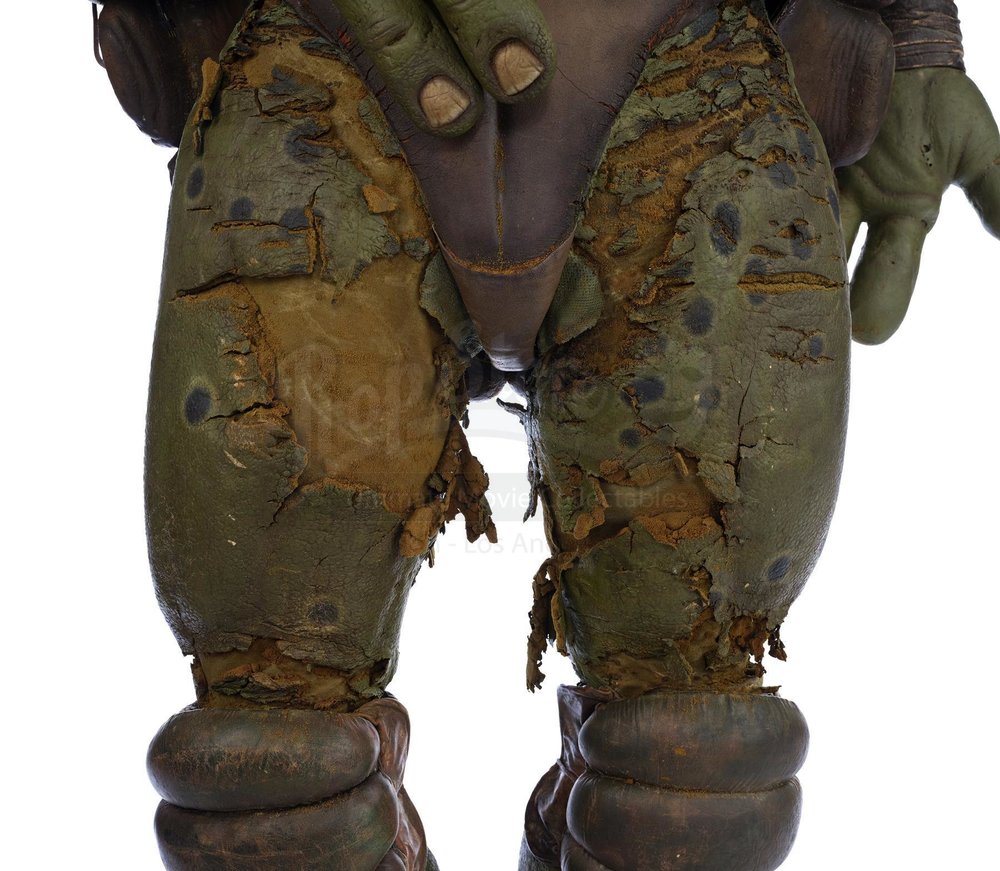 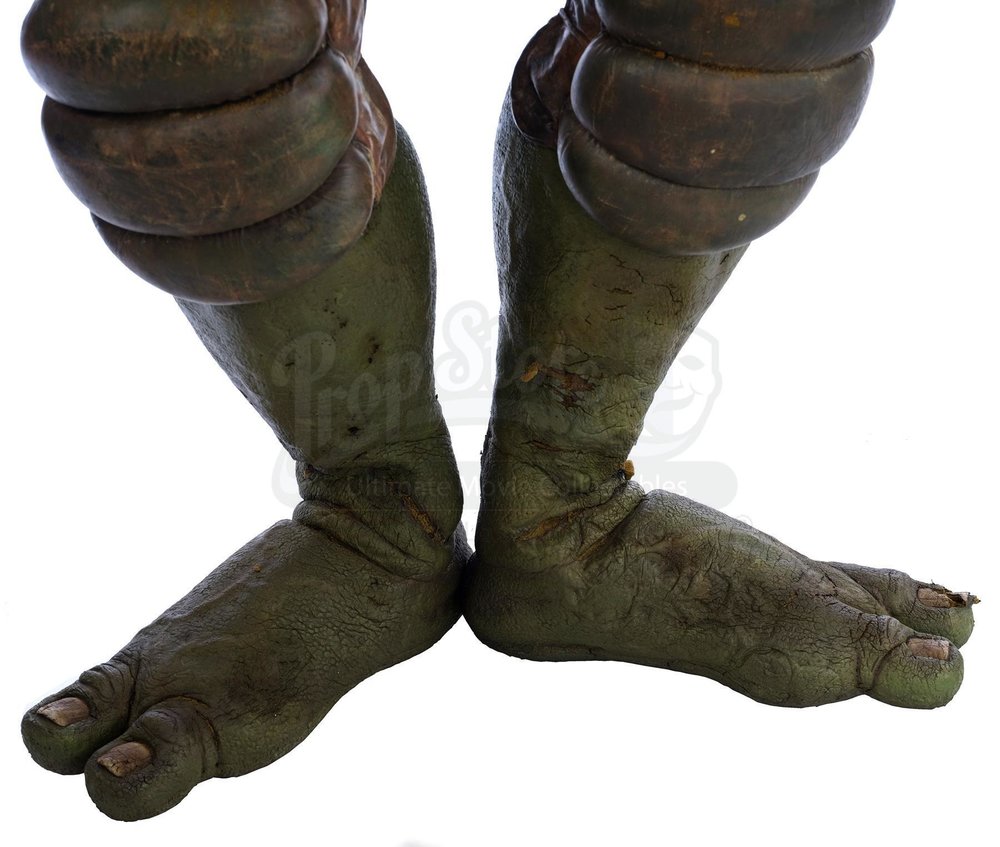 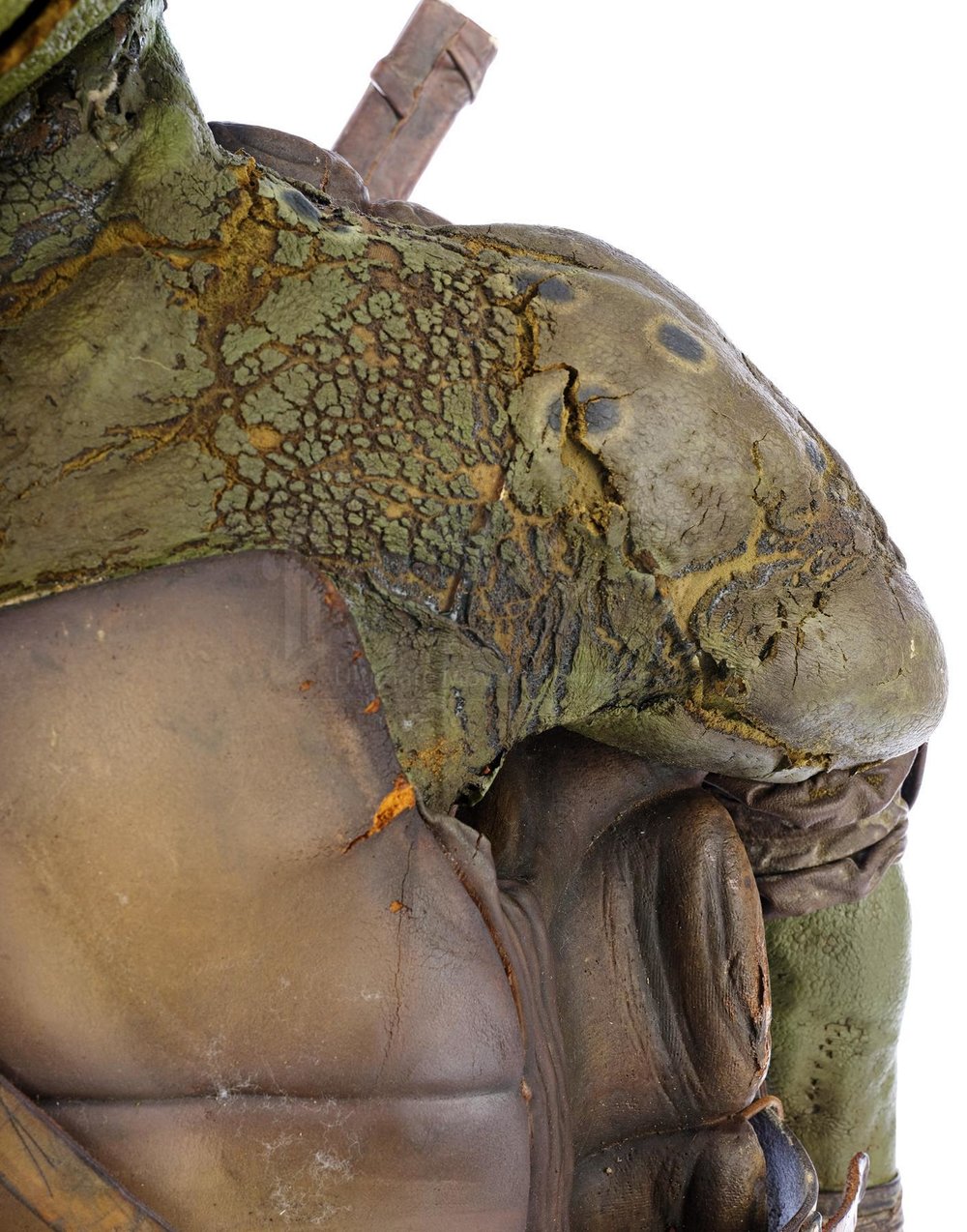 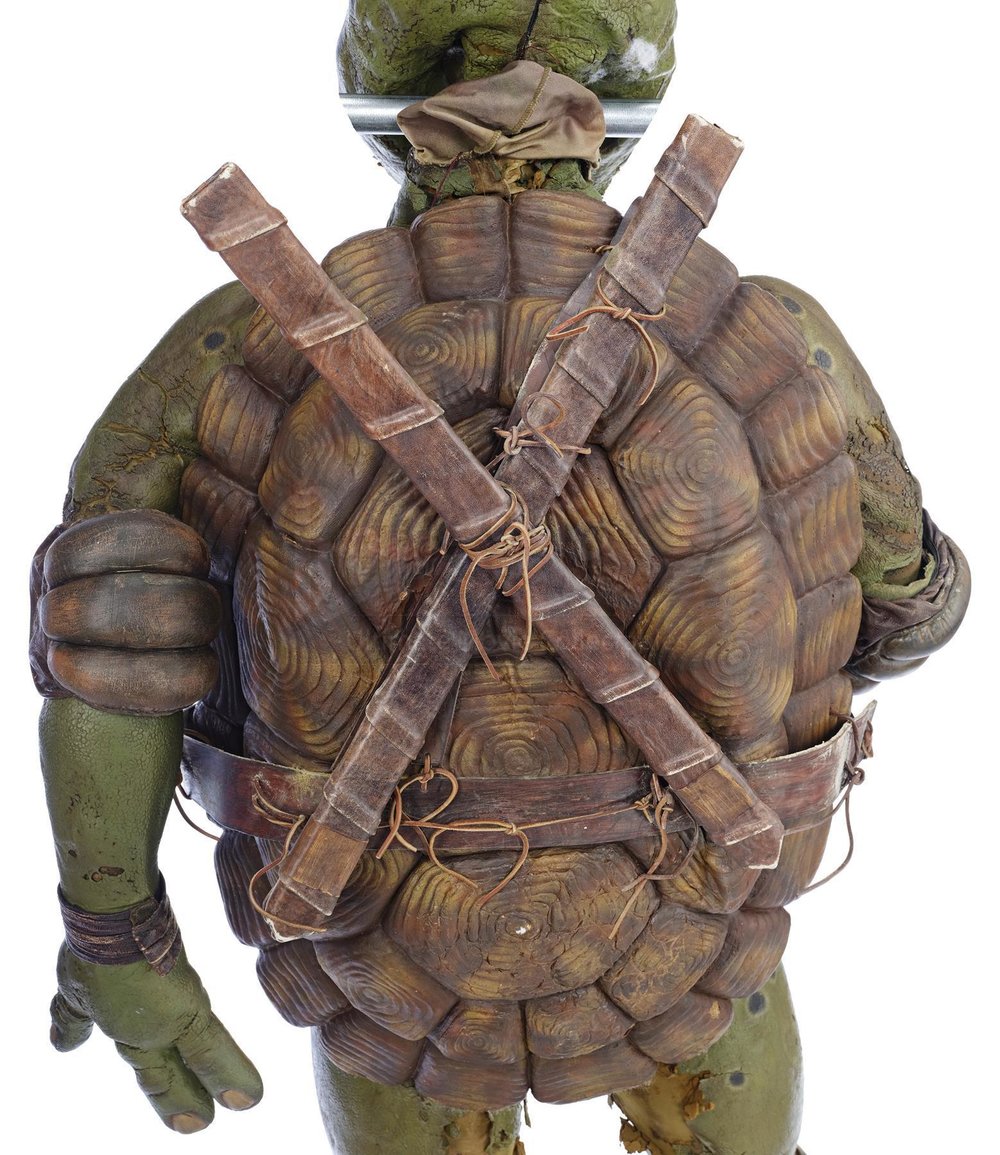